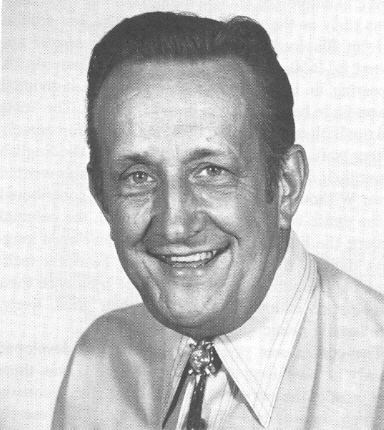 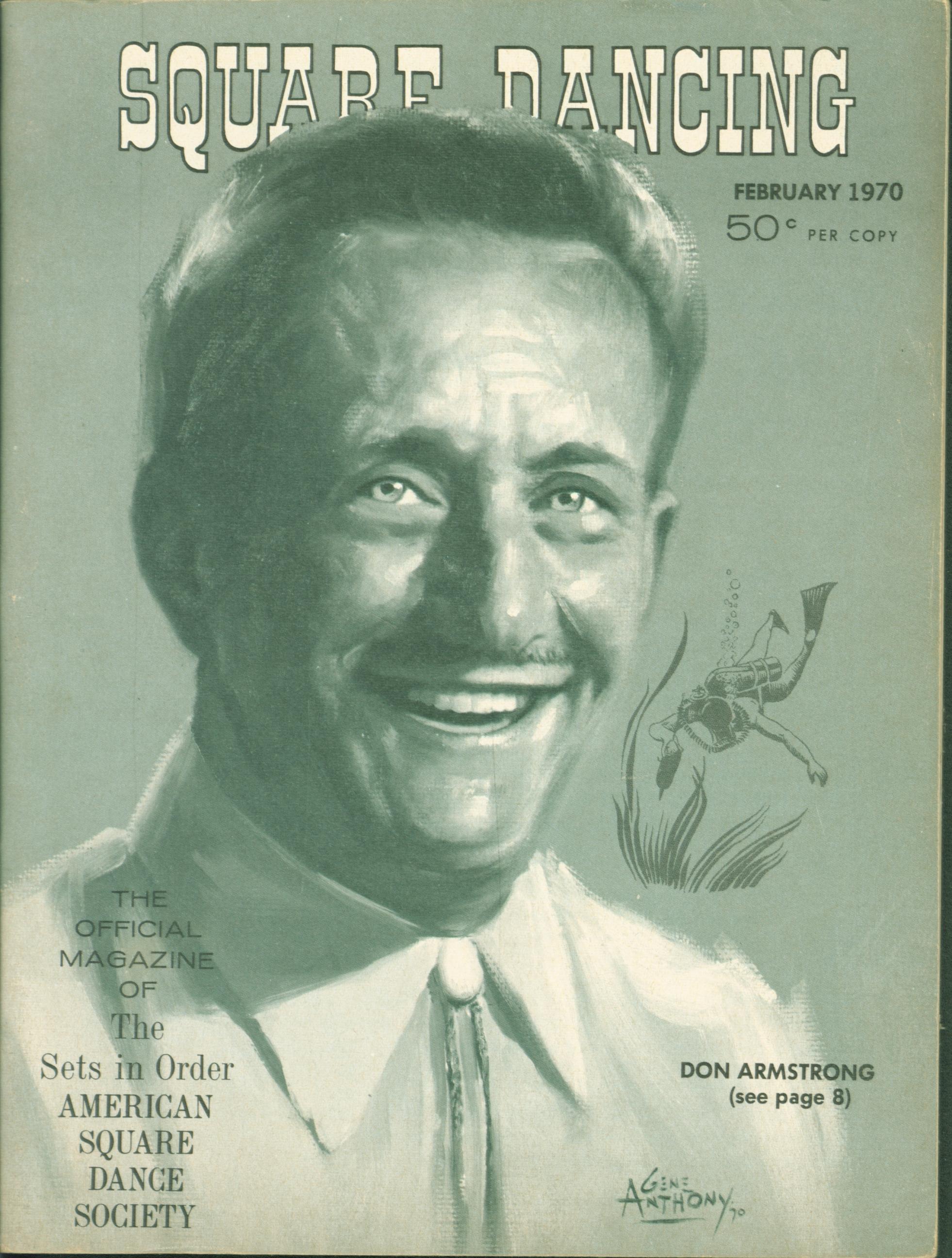 click picture for full size
Sets In Order Magazine Covers - People
Don Armstrong began actively calling and teaching dance (New England squares, contras, quadrilles, folk, and old-time rounds) in 1947 in Florida. In 1951, Don was calling a very large and extremely successful weekly dance in the Gulfport Casino, just outside St. Petersburg, Florida. His band, known all over Florida, did square dance parties for many conventions. The Florida Tourist Board saw the possibilities in this activity and sent Don on a 13,000-mile calling tour across the South, Southwest, and into California to help entice visitors to Florida, making him among the very first group of traveling callers. Along the way, he did free dances at such places as the Grand Canyon, Carlsbad Caverns, and Mammoth Cave. Don was doing a weekly radio show on a Florida station using interviews and lots of live sounds along the tour, and he swung down to Colorado Springs, Colorado, to interview Dr. Lloyd "Pappy" Shaw and his wife, Dorothy, for one of the programs.

Later Don, and his wife Marie, moved to Cañon City, Colorado. After Dr. Shaw's death, Don helped found the Lloyd Shaw Foundation, and was a member of its Board of Directors and Executive Committee. The Foundation produces recordings that include folk dances, contras, square dances, round dances, circle dances, mixers, and novelty dances.

Don contributed articles to such nationally recognized dance or recreation publications as Square Dancing, the publication of the American Square Dance Society, and he wrote The Caller/Teacher Manual for Contras, published by the Lloyd Shaw Foundation. Don was a member of the Square Dance Hall of Fame and was one of the founding members of Callerlab of the International Association of Square Dance Callers.

Among Don's publications are

SIO's Article: International minister of square dancing good will might well be the title for our cover caller Don Armstrong. Dated as recently as last November, he was calling and explaining American Square Dancing to enthusiasts in the Canal Zone, to residents of Chile and to square dancers in a newly formed club in Brazil. A year before, his square dance adventuring put him behind the microphone in New Zealand and Australia with a bit of impromptu squaring to the beat of native instruments in Fiji. Don's life today as a semi-retired square dance caller with more than 20 years of calling experience puts him out in the Caribbean, 100 miles the other side of Cuba on an island called Grand Cayman. From skin diving to boating to Scottish country dancing ( with just a dab of square dancing) would seem a far cry from the unusually busy existence that prompted Don to record on more than four labels, contribute such singing calls as Trade Winds, Trail of the Lonesome Pine, Back to Donegal, etc. What is your definition of a versatile caller? One who does an outstanding job with patter calls and singing calls? One who can teach and cue rounds and contras? Perhaps one who can teach beginners, call for regular clubs or entertain 800 squares of beginners with equal ease and ability? Then you'd have to agree that Don Armstrong is indeed everything the word versatile might imply. His most recent and continuing contribution is in the field of contras and Don plays an active part not only in recording contras for the Lloyd Shaw label but in active participation with the Lloyd Shaw Fellowship, Asilomar and other major events. We take pride in honoring Don this month for his many contributions to the field of Square Dancing.
If you have any additional pertinent information about this person, please