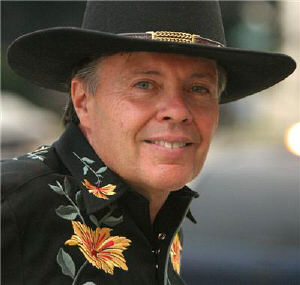 Cliff started his calling career in 1965. He has traveled extensively from Canada to South America. In his 41 years as a full time caller he has traveled over a million miles calling dances.

Senta, his wife for 39 years shares his enthusiasm and backs him up in every way possible leading and organizing the squares and dance formations at the dances. She also did registration for over 500 people at Bennington College for 14 years.

Cliff has been the Club Caller for the Pittsfield Squares for over twenty five years. He calls for the Village of Colonie Senior Center in New York on a regular basis as well as the Single Squares of Colonie New York. He calls from the Beginner level though the Plus level.

Cliff has made recording for Red Boot Records of Greenville Tennessee as well as Silver Sounds records and the Wild West label of California. He has appeared at many major festivals including:

Along with folk legend Pete Seeger, Cliff and the Square One Band worked for the Jonas Foundation for several years introducing square dancing to children from around the world. He introduced square dancing to the American Russian Youth Orchestra. In the past several years Senta and Cliff have taught over 3000 children in over twenty schools in the Berkshires and beyond though the support of local cultural councils PTA's and the Massachusetts Cultural Council.

In the past year Cliff and Senta have performed at the Yale School of Music and Art, Newport Yachting Center, Newport RI, St Johns Cathedral School Manhattan NYC, The Norman Rockwell Museum, and Camp America for the families of the victims of 9-11.