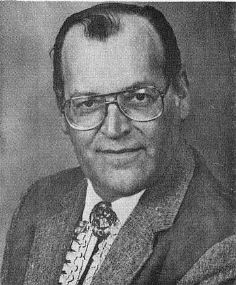 Dick began his square dance calling career in 1976 while stationed on Okinawa, Japan where he called and taught classes for the Gecko Squares and Red Hots square dance clubs. While undertaking his beginning calling career, Dick was tutored by John Walter, a fellow Marine and well established caller from Orange county California. Dick, John and the late round dance cuer Bob Malthouse, provided calling and cueing entertainment for several years to military and civilian square and round dancers in the Far East. After being transferred to California in 1982, Dick became the club caller/instructor for numerous clubs in Los Angeles, Orange, Riverside, Imperial and San Diego counties. Some of his regular home clubs and classes have included the Western Stars, DoSi Dancers, Escondo"c"'s, Activ-8-ers, Ramblin' Rogues, Valley Twirlers, Leisure World Squares, Lighthouse Squares, Travelin' Turtles, Tip Toppers, Wagon Train Squares, Desert Sundancers and SkeeRunchers. Dick has called for individual clubs in Oregon, California and Arizona. He has been a featured caller at conventions, festivals and jamborees at the national, state and local levels. After retiring from the U.S. Marine Corps in 1984, he worked in the civilian community as the VP of Quality Assurance for several electronics firms while continuing his favorite profession of square dance calling and teaching.

In May of 2004, Dick's calling career was interrupted when he underwent surgery for the correction of an abdominal aortic aneurysm. As this type of operation sometimes goes, there were severe post operative complications, and he spent the next 3 years in hospitals and nursing homes. After his return home in May of 2007, Dick resumed his calling career, although he is now calling from a wheelchair.

In June of 2008, Dick rejoined the Valley Twirlers Square Dance club in El Cajon as their club caller. The Twirlers meet Tuesday evenings at 7:00pm in the Bostania Recreation Center in El Cajon, Ca. He has also begun booking dances throughout southern California.

Dick and his wife Linda, reside in El Cajon, along with Mia, Linda's pet chihuahua.