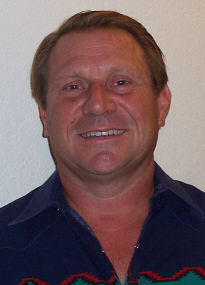 Born and raised to the age of twelve in Oklahoma, I moved in 1972 with my family to central Texas where I have lived since. My parents began square dancing the year I was born and still square dance today. Though I grew up around the activity I never had an interest in participating.

In 1985 I began taking square dance lessons and almost immediately decided that I had an interest in becoming a caller. By 1987 I had learned to dance through the Advanced program of square dance and had begun training as a caller. I was asked in January of 1988 to become the club caller for the Capitol Solos of Austin, Texas. I accepted the position and soon had other clubs inviting me to call for them. I also continued my learning as a dancer and caller by learning to dance the Challenge 1 program and learning to call the Advanced program.

In 1990 I was calling weekly for the Capitol Solos and bi-weekly for both the Fun Squares Plus club and the Diamondmasters Advanced club. The bi-weekly clubs were shared with Dean Crowell from Houston, Texas who also was a square dance music producer with Circle D Records. I recorded two songs with their subsidiary label A-Bar-K and was then invited to be a staff recording artist for Circle D.

For the next several years I attended every national square dance convention and every Callerlab convention. Also during that period is when I began to travel to other cities and states to be the caller at club special dances and at weekend festivals.

In 1995 I was calling weekly for Capitol Solos, Fun Squares, Diamondmasters, and Merry Mixers as well as calling at least one, sometimes two weekend events every month; all of this while maintaining a full-time job at our family business. That summer I decided to reduce my schedule and spend more time with family. I resigned my calling positions with all of my regular clubs except Diamondmasters and accepted no new out of town contracts. I continued to be involved as a club caller with Diamondmasters until 2000.

Having become newly single in 1997, I met, in 1998, and married in 1999, the love of my life Paula Ferguson. We agreed that I should keep the travel to a minimum until all the children were grown. This decision allowed me to be a much larger part of their lives, coaching their sports, attending school events and just being more available through their adolescent years. In May 2014 our third son graduated high school. In planning for this I have again started to accept more traveling gigs and hope to spend more time on the road with Paula by my side.

Paula and I are avid round dancers and look forward to learning more during our travels, as well as from our home instructors and friends Jerry and Lucy Pate.

2014 will mark my seventh year on staff with Fun Valley resort in Colorado where I will be calling two weeks. I have also served in various offices of the Texas State Callers Association and of the now defunct Capitol Area Callers Association.

I look forward to continuing my career as a caller and hope that square dance will soon grow in popularity again. I am available to call for events ranging from one night dance parties to week-long festivals. Please contact me for details.