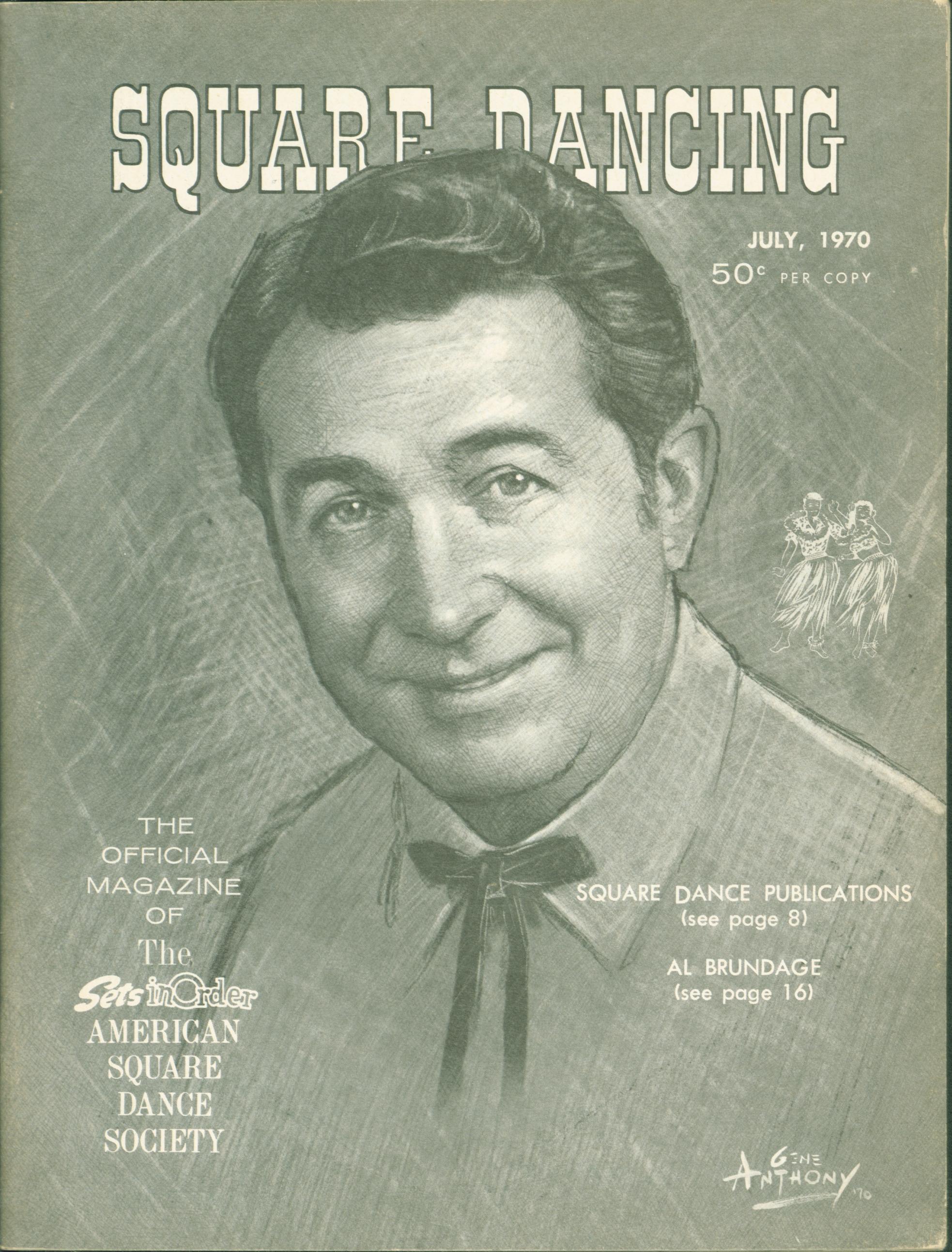 Brundage, the partner of Norma Peak of Miami since 1997, was predeceased by Beatrice Miles Brundage, his wife of 31 years, and his grandson, Frederick Griswold Schalich. He is survived by two children, Barry Wolcott Brundage of London, and Mary Lou Brundage Schalich of Monroe, Conn.; three stepchildren, William F. Miles of Annapolis, Md., Barbara Brooks of Rockport, Maine, and Patricia Silvia of Milford, Conn.; a brother, Robert M. Brundage of Albuquerque, N.M.; eight grandchildren and four great-grandchildren.

Born Nov. 4, 1919 in Hartford, Conn., Brundage was the son of the late Harold A. and Mable Gene Griswold Brundage. He grew up in Danbury, Conn., and graduated from Danbury High School and the University of Maine, where he studied agriculture. However, it was Brundage's boyhood fascination with square dancing, discovered peeking into the windows at Danbury's now-defunct Hawthorne's Tavern, which would direct his career path.

In 1933 Brundage, his mother, brother and several neighbors formed the 4H Club's first-ever music club, the King Street Pioneers, that helped introduce square dance music to the region. Brundage initially played trumpet for the band before filling in for the group's outgoing square dance caller using a megaphone to project his voice and discovering his life's passion.

As square dancing grew in popularity, Brundage and the King Street Pioneers went from passing the hat after dances in a former chicken coop to becoming a sought-after attraction for local community groups and churches.

In the 1930s, Brundage began teaching square dancing at state 4H conferences in Stores College, Conn., now the University of Connecticut. He opened his first dance barn, The Country Barn, in 1948 in Stepney, Conn., where he taught his first caller school, also one of the first in the Northeastern United States.

Brundage received broad recognition for his contributions to square dancing. He was a sought-after attraction among community groups and churches, and a regular featured performer at the Danbury State Fair. He was admitted to the National Square Dance Hall of Fame in 1975 and in 1993, to the New England Square Dancing Hall of Fame. In addition, the Square Dance Foundation of New England presented him its highest award for distinguished service, the Yankee Clipper Award, in 2003.

In addition to calling square dances and teaching callers in Connecticut, and after 1978, in Florida, Brundage established a strong dance tourism program. Over the course of 50 years, he and his late wife led thousands of dancers to sightseeing and dance exchanges in 35 countries. Among Brundage's career highlights were the opportunities to call square dances on the Great Wall of China, at the Taj Mahal in India, and on the grounds of the Parthenon in Greece, the Pyramids in Egypt and at Nairobi National Park in Kenya.

As he shared his love of square dancing and travel, Brundage developed deep, lasting friendships around the world. He lived his life based on a creed he called the "3 Cs," striving never to complain, criticize or condemn.

Funeral services will be private. In lieu of flowers, the family requests that donations in Al's memory be made to the Square Dance Foundation of New England, c/o Sheila Moody, 72 Beachwood Terrace, Wells, ME 04090-4003

In the late 1940s square dance music became available on 78RPM records. Al has recorded traditional tunes and figures on the Kismet and Folk Dance House labels as well as on his own label, Alamar. He has recorded modern choreography on most of the major record labels including Windsor, MacGregor, Red Boot and TNT.

SIO Article: How many callers today are able to call with equal ability the latest singing call or patter call combination and then turn around and deliver with a nostalgic flavor, dances reminiscent of the late 1930's and 40's? Al Brundage is one of those whose experience has successfully bridged the period from the traditional square dance era, before microphones and recorded accompaniment, to the contemporary phase. Today Al is one of the most sought after callers for festivals, conventions, and dance vacations. Much of his year is spent in home club activities and endless time is devoted to callers clinics in the developing of new calling and teaching talent. Working with his wife Bea, he has developed an energetic program of tours for square dancers. One can easily see that of the few professional callers devoting full-time to the calling occupation, the Brundages are indeed among the very successful. Because of his encouragement to new callers, his pioneering in the field of recorded calling, (having created and recorded on half a dozen labels), because of his adherence to the fine principles of this activity, we take pride this month in saluting Al Brundage as our Cover Caller and add his Gene Anthony portrait to our Sets in Order American Square Dance Society Hall of Fame.
If you have any additional pertinent information about this person, please