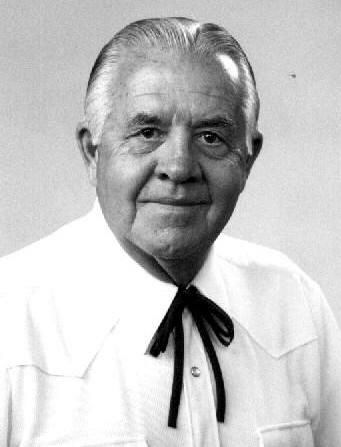 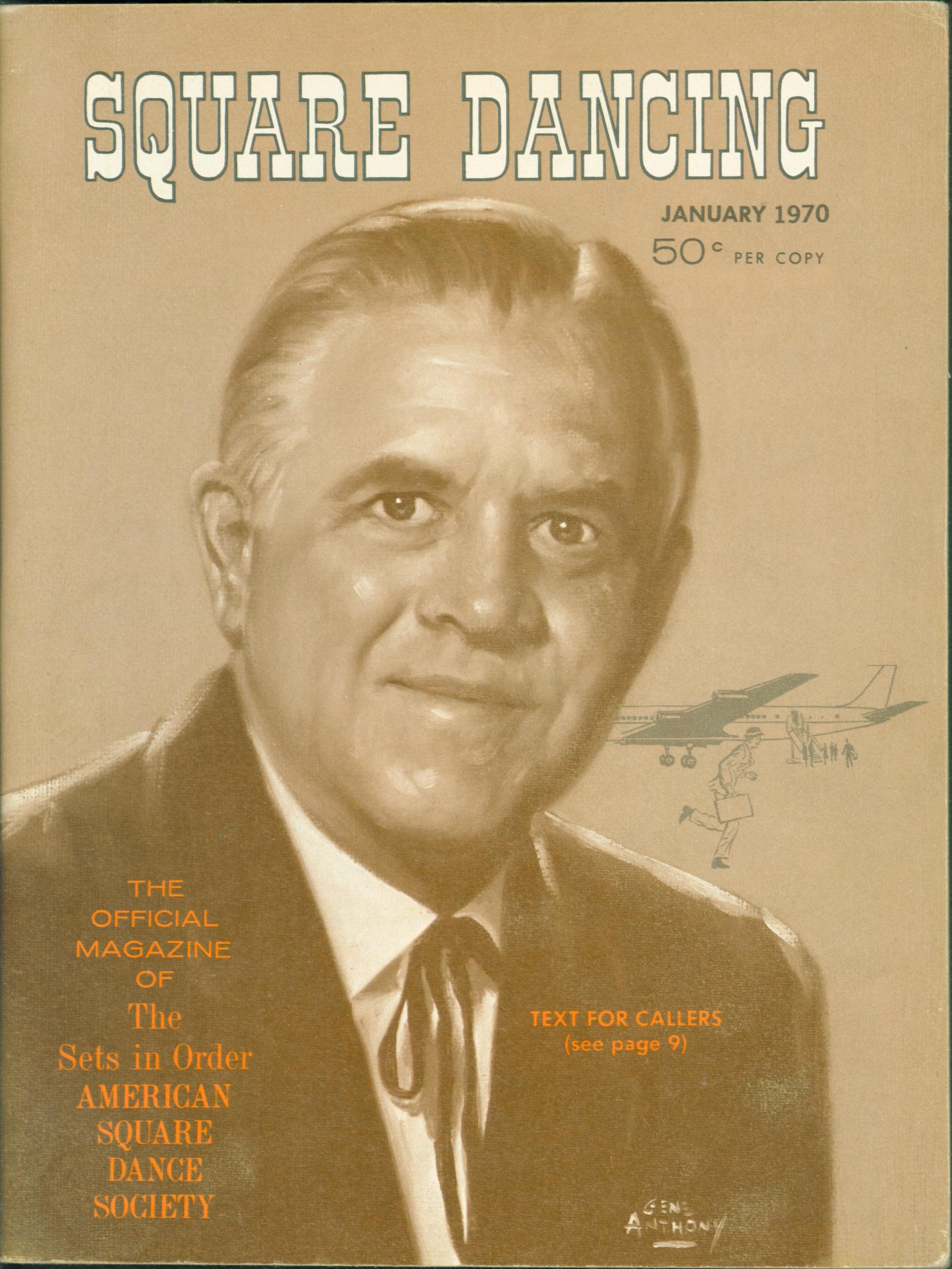 click picture for full size
Sets In Order Magazine Covers - People
A professional in the field of recreation, Bob Van Antwerp won his way naturally into a position of leadership in American square dancing. As chairman of one of this country's largest and most effective parks and recreation departments, he not only admirably filled the responsibilities of that post for many years, but in this position he was able to promote square dancing in his immediate area and throughout the state of California.

As one of the pioneers in contemporary square dancing, "Van" started his calling in 1948 and during the 1950s conducted capacity classes for new dancers. Known affectionately to the Long Beach, California dancers as a "home-club caller," he soon made his mark as a traveling caller, appearing on festival and convention programs throughout North America.

Although very much involved with his full time profession, Bob found time to conduct callers schools and appear on the staff of square dance vacation institutes across the country. For more than a decade he and his wife, Roberta, visited countries in Europe and the Orient calling, providing caller training, and serving as leader for hundreds of traveling square dancers.

One of the early callers to record, Bob has been featured on several labels, has appeared on television documentaries, and has written articles for a number of square dance publications.

In the mid-1960s, Bob served on the advisory staff of the UCLA Extension Division's Square Dance Leadership seminar and repeated the work a second year. As a member of the Square Dance Hall of Fame, Bob became a founding member of Callerlab, playing an invaluable role in that organization's formative years, serving several terms on its Board of Governors and two terms as Chairman of the Board.

Bob was honored with the prestigious Milestone Award in 1979 and Callerlab's Gold Card in 1987.

SIO's Article: Perhaps the all-time record for callers clinics was set by our "cover caller" Bob Van Antwerp recently when he was contacted by a New England callers association to do a Sunday evening workshop. Having completed his regular Friday and Saturday night calling chores in Long Beach, California, Bob boarded a jet in Los Angeles at 9 AM on Sunday morning. By 5 PM he had arrived in Connecticut. By seven he had started his three hour workshop. At 10:30 the committee whisked him back to the airport for his midnight return flight to Los Angeles. This was but one of the lifetime of memories held by our "Cover Caller." Long a leader in square dancing, Bob somehow manages to sandwich his calling and his frequent weekend junkets across the country with his full-time responsibilities as Assistant Director of Recreation for the City of Long Beach, California. The countless records, the hours spent in training new callers, the days devoted to institutes and clinics have all left the Van Antwerp stamp of accomplishment among dancers around the world.
If you have any additional pertinent information about this person, please