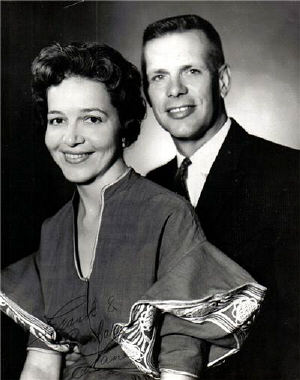 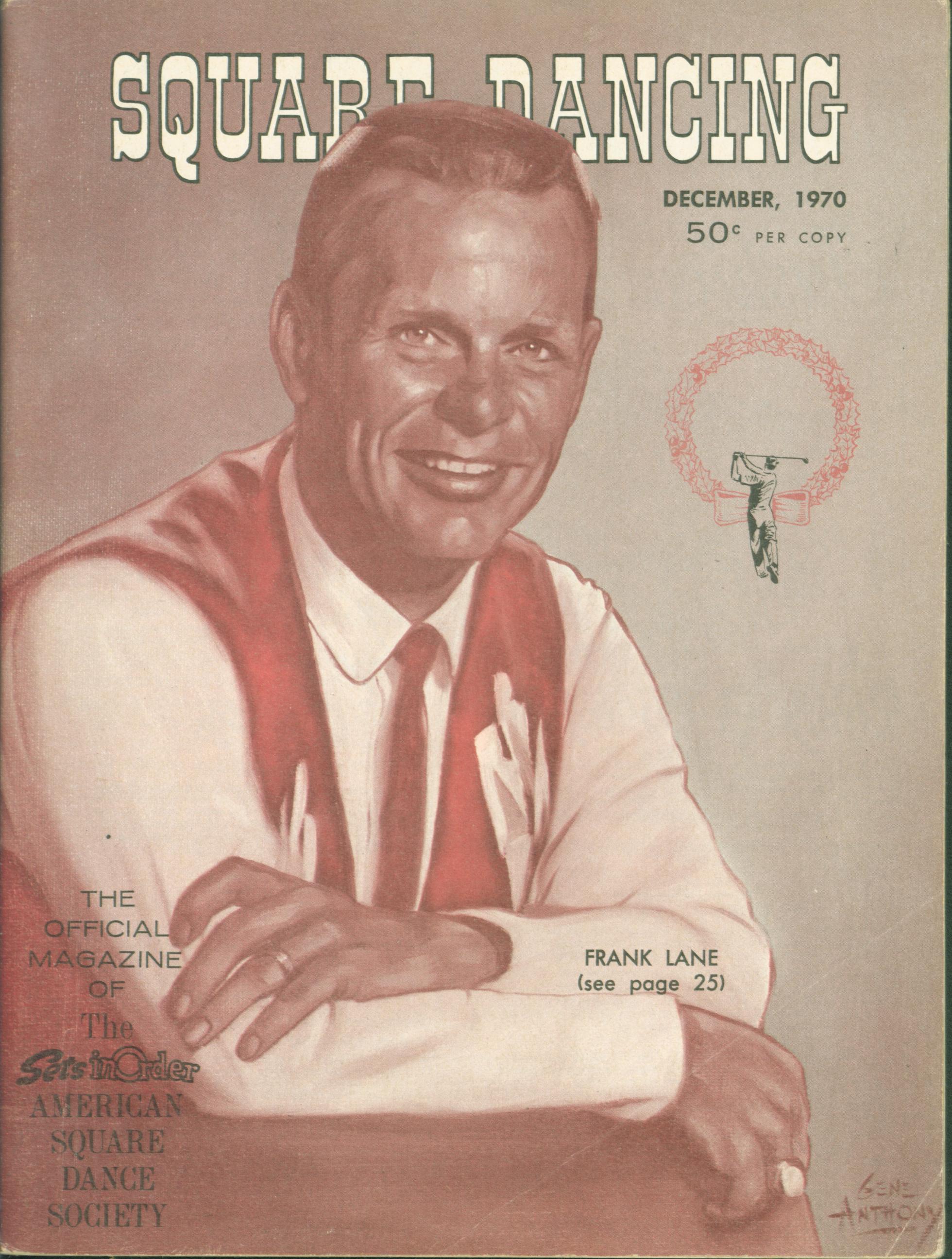 click picture for full size
Sets In Order Magazine Covers - People
Frank Lane started square dancing as a member of an exhibition group at Central High School, St. Joseph, Missouri in 1939. Four years of journalism college and a war-time stint as a pilot in Italy with the 15th Air Force interrupted the dancing, but by 1948 square dance calling had become Frank's full-time occupation. By 1950, Frank was calling and teaching six and seven nights a week. Weekend calling engagements expanded and soon Frank and his wife, Barbara, were criss-crossing America doing one-nighters, weekends, week-long vacation institutes, and callers clinics. The Lane's tours took them over 60,000 miles each year, running their own institutes at Asilomar in California, and serving as staff members at Kirkwood Lodge and at other sessions around the country.

In 1961, Frank and Barbara were a part of a square dance "think tank" in Glenwood Springs, Colorado and in 1970, Frank became a member of the Square Dance Hall of Fame. As such, he was also a founding member of Callerlab and received the Milestone Award in 1981.

His recordings have set standards of excellence on the several label for which he has called and articles written by Frank have appeared in a number of square dance publications. He conducted caller schools all over North America, Australia and New Zealand. For years Frank and Barbara have called the Dance Ranch in Estes Park, Colorado home, where hundreds of dancers from all parts of the country come to visit and to enjoy being a part of Lanes' world.

SIO's Article: But for one of those quirks in life that directs our destinies, our Cover Caller might be sitting behind the desk as city editor or publisher of some large daily newspaper. Frank graduated from the University of Kansas where he majored in advertising and journalism. He served with the 15th Air Force as a pilot in Italy during World War II and like many returning veterans, once the war ended, began searching for the direction to which his life's work would lead him. Born in Kansas, raised in Missouri, Frank got his first taste of square dancing while still in high school and in 1948, having discovered the pleasures that men and women enjoyed from participating in square dancing, he decided to take up calling himself. The balance of the story is well known to most square dancers, as over the years Frank has called in most of the United States and in Canada. His records have set standards of excellence on the several labels for which he has recorded, and his presence at festivals, round-ups, conventions and vacation institutes has been enjoyed by thousands of dancers. Today Frank and Barbara Lane spend a good part of the year traveling from one coast to the other, but all summer their time is directed to their square dance "home," a hall in Estes Park, Colorado where hundreds of dancers from all parts of the country come to visit and to dance. Because of the part he has played in the growth of contemporary square dancing, we add Frank Lane to the Square Dance Hall of Fame and place this month's Gene Anthony cover portrait of Frank on display in the SIOASDS Hall in Los Angeles, California.
If you have any additional pertinent information about this person, please