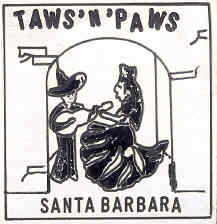 At State & La Cumbre Streets go towards the Mountains on La Cumbre 4 blocks to La Colina, turn left - Church is on the right

Parking on the street or in the back of the church. Drive down the long alley to the right of the church into the back parking lot. Follow the long walkway past the church and the preschool to the building in front. That's Clemens Hall. 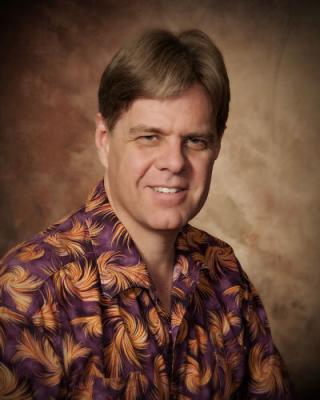 Edit More Information
Taws 'n' Paws origin: Initially, a Beginners Class was started in the Fall of 1958,
with Bill Saunders as instructor. The Club was co-sponsored by the Whirlaways
Square Dance Club and the Santa Barbara Recreation Department. There were seven
other clubs in the Santa Barbara area at the time:

* Left Footers met on Thursday
* Whirlaways met on Friday
* B's 'n' B's met on the 2nd & 4th Fridays
* Cartwheelers from Carpinteria also met on Friday
* Fairs and Squares met on Saturday
* Kuntry Kuzzins met on the 2nd & 4th Saturday
* and the Youth club Barn Busters met separately for years until they merged
with Taws 'n' Paws and then folded. Vic and Debbie were the last Presidents.

Wednesday night was open, so that became the night for Taws 'n' Paws.

The first class graduated in March 1959. Then, they formed an
Intermediate square dance club, and named it Taws 'n' Paws. The
By-Laws and first officers were voted upon, and the club officially
started April 1, 1959. Our first Anniversary dance was April 6, 1960.
The club had 150 members at that time. New officers were installed each
Anniversary dance, but there were so many people that wanted to serve
as officers, the club starting having elections every six months for a time.

New members listed for March 1960 included Dick and Lois Cofiell, so they
became charter members. Unfortunately Dick passed away in 2021, but Lois
still dances. Members were originally charged 50 cents per evening and
visitors were charged 75 cents per evening. It cost $1.00 yearly dues to
become a member.

Bill Saunders was a teacher at Peabody School when he founded Taws 'n Paws in 1959.
At that time, Bill was the club caller as well as the square dance teacher. Bill retired
in 1980. It was then the club joined "A Sq D." At the same time, Parks and Rec. of
Santa Barbara wanted to take over the city's square dance clubs. Since Bill retired, we
had only guest callers and we felt it a poor move to allow the City to take over control
of our clubs. We knew the callers and did not want to split the 'take' at the door with
Parks and Rec. Our Vice-president became the 'bookie'.

We now dance at St. Mark United Methodist Church, 3942 La Colina Rd. with two club callers,
Vic Ceder and Darren Gallina. Once a year we have a pot-luck picnic to get together all our
dancers both current and those who were in the club in days gone by. It is a wonderful gab
session when we can catch up on news. It's great to be with all those who enjoyed the
camaraderie of square dancing.

Taws 'n' Paws is now the only square dance club left in Santa Barbara. We hold our
Anniversary dance every year in May. 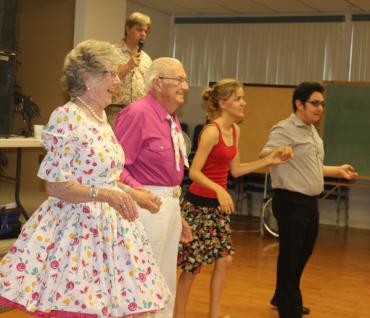