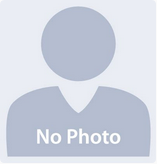 
Ken’s dancing AND calling career share similar beginnings. It took 3 years of prodding and cajoling by friends to get Ken to merely TRY square dancing! He was so certain that he would hate it (i.e. school dancing in P.E. class) that he refused to even get out on the floor. Of course, when he finally did participate in his 1st “dance party” it wasn’t at ALL what he recalled from his earlier school days . . . he loved it! Similarly, Ken began his calling career in a totally unexpected fashion. On a dare, Ken learned a singing call to perform at his club’s “Amateur Night.” Despite being told he had a knack for it, Ken had yet to catch the calling bug. It wasn’t until a chain of events over the course of the next year that opened up the world of square dance calling for Ken. As fate would have it, within a short period of time the central Illinois area lost four callers due to various reasons such as retirement and job relocation. Ken was getting calls to “fill in” for several area clubs long before he had learned the craft of calling. Additionally during this time, the company that Ken worked for closed its doors, leaving him more time to focus on learning to call square dance. He jumped right in to the deep end of the pool. Mere months after taking it up, Ken called his first official dance to 20+ squares, with 7 experienced callers in attendance. Wow! Can you say “Opening night jitters?!?” But the rest is, as they say, history. Ken has called in all but a handful of the 50 states. He has recorded on the 4BarB/ Quadrille and Chaparral Record labels. Ken is currently a recording artist for Riverboat Records. Some of his hits include: Old Dogs, Children and Watermelon Wine , Small, Small World (yes he even yodels), Blue Eyes Crying In The Rain, Back In the Saddle, and Livingston Saturday Night. Ken enjoys working with novices…loves to get them dancing quickly and successfully within minutes, whether it’s a wedding party, corporate function or a family picnic. The smiles on their faces make it all worthwhile. Ken provides all of the sound equipment and music that is needed for almost any occasion. He is licensed by BMI/ ASCAP to perform and use copywrited music. Ken’s philosophy for a night of dancing is, above all else, that everyone have a GREAT TIME and is made to feel they have ACCOMPLISHED something successfully! His professional, yet relaxed and upbeat style and sense of humor makes learning fun and easy for the beginner. Coincidentally, his many years of calling experience enables him to challenge even the most accomplished dancers with creative choreography and entertain them with varying styles of music.