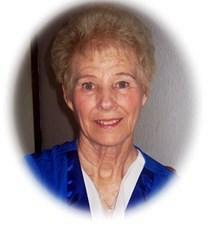 Shirley Wilson, beloved round dance cuer and friend to us all, passed away 3/22/14 around 10:30 p.m. after a brief hospitalization in the CCU at Gainesville's Northeast Georgia Medical Center.

Born July 8, 1943, in Richmond Hill, she graduated from Groves High School in 1960, and was also a graduate of Armstrong Atlantic State University. She was retired from the Habersham County Sheriff's Department and was a square dance cuer for Round-A-Lab Association. She and her husband, Joe Wilson, were involved with numerous other square dance associations all over the state. She was past president of Georgia Round Dance Teacher Association. She also enjoyed reading and puzzles.She was the daughter of the late Perry Boyd and Virginia Carter Findley.

In addition to her parents, she was preceded in death by her sister, Wilda Myrick.

In addition to her husband of eight years, she is survived by her son and daughter-in-law, Richard and Holly White of Savannah; brothers, Elbert Findley, W.B. Findley and Ellington Findley; sisters, Miriam White, Estelle Clark, Betty Seymour and Katherine Wilson; grandchildren, Amber White and Victoria White; step-grandchildren, Brooke Lewis and Reed Brigdon; great-grandchildren, Kaden White and Landon Trahan; and a number of nieces, nephews and other relatives.