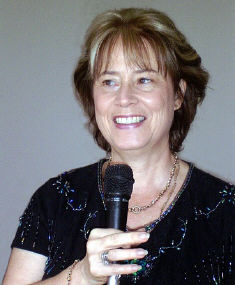 WEB SITE  (http://www.kaysclubs.com)Calling Beginners thru Plus


Calling Beginners thru Plus; Traditional Squares, APRA licensed; Uniting Squares Square Dance Club in Brisbane, Queensland Australia was established in 1986 and has been operating continuously ever since. Initial callers were Kay Walker and Brian Horsey, Kay has been the sole caller since 1997. Uniting Squares captures the real spirit of Square Dancing by offering dancers loads of fun and at the same time there is a challenge for the dancers who want it. Uniting Squares holds regular dances on the first, third and fifth Wednesday of February through to November at 7:30pm at the Girl Guide Hut, 32 Ellen St. Oxley, Brisbane. Mainstream and Plus. Uniting Squares Day is a Mainstream club that started in May 2013. Kay teaches each movement from all positions. Three hours each Wednesday at 10:00 am at Graceville. Kay calls and teaches weekly for the Fifty Plus Centre in the Brisbane City Hall on Tuesdays at 10:00 am. Mainstream and Plus. Kay was the caller for Salad Bowl Squares at Wellington Point before it closed in May 2014. Kay's Plus, extended plus club, meets on the 1st and 3rd Sunday at 1:00pm at Graceville. Serious fun. This is often followed by an hour of A-Level dancing. Refer to Kay's web site for details. Kay is an accredited state (Queensland Callers Association) caller and member of the (Australian Callers Federation).

Clubs featuring Kay Walker as the club caller or cuer:

No upcoming events listed for Kay Walker in the